One night when I was 11 years old we were sitting down at the dinner table and my dad said, "I have figured out what we are going to build as a project car." We had been talking about building some sort of car as a family for a while. My vote was a '41 Willy's  painted purple with flames, my brother just wanted to play Sonic the Hedgehog, and I think my dad wanted to build a Bug Eyed Sprite.
I was kinda bummed because when he said that we were going to build a dune buggy. My days of leading like Bill Hines were over before they started. After dinner we hopped in the station wagon and next thing you know we are jumping over this old guy's fence and hanging out in his back yard looking at this 65 buggy, it looked like it had been sitting there since about 69!
The owner came out to his back yard in a total fuss trying to figure out why an entire family was standing in his back yard. My dad diffused the situation by offering to buy the ratted out junk show from him. $500 later we were hooking a tow bar to the subaru.
It took us about 2 years to build but we tore it all the way down, sandblasted the chassis, welded in new floor pans, new undercoating, new everything really. One of my dad's employees used to work for Ed Roth in the 70's and so he taught me and my brother how to body work the damaged fiberglass.
We later learned that the car we had was a pretty rare car called a Bounty Hunter, apparently they only made 150 of them. In my opinion the Bounty Hunter is the most attractive of all the dune buggies I have seen, curved glass, sculpted Frenched headlight buckets, mustang brake lights and turn signals.
It was such a cool learning experience, reallllly wish we wouldn't have sold our Lil street machine. Here is a photo of a Bounty Hunter (not ours but very similar) we painted ours Ferrari yellow, it was lowered on drop spindles, with some deep offset chrome wheels. 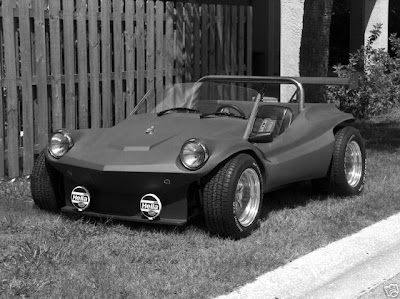 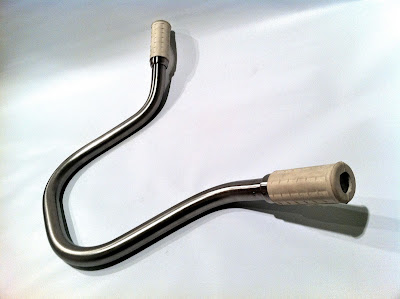